I do not believe in fixed destinies. I like to believe that God did not write just one straight jacket story about a person, instead, he gave room for instances, thereby allowing us to make our beds ourselves.

I like to believe that when God created us, he designated multiple storylines (scripts) to each person. For certain, we were designed to outlive one of the scripts better than the others. That’s the main script. The main script is usually tagged a person’s destiny because it reflects at least 80% of our existence. It doesn’t mean that God didn’t make room for other scripts in our lives. I call them ‘minor scripts’.  They serve as the backdrops of our lives and although they portray themselves sometimes, they are not as in charge as the main script.

READ: Seeking Forgiveness can be Exhausting

Asides professions, he must have written one, two or three scripts about me in different families, schools, countries, with different friends, relationships, etc.

Another instance… You must have heard of several ‘near death testimonies’, especially in church. In my opinion, they could have died but for the multiple scripts written. God could have written for instance… PLAN A– “If Sandra’s journey is delayed by her sister, she won’t be met by an accident”.

PLAN B- “If she’s strong-headed and refuses to be delayed, she will get caught up in it”.  So you see, its a two-way street. 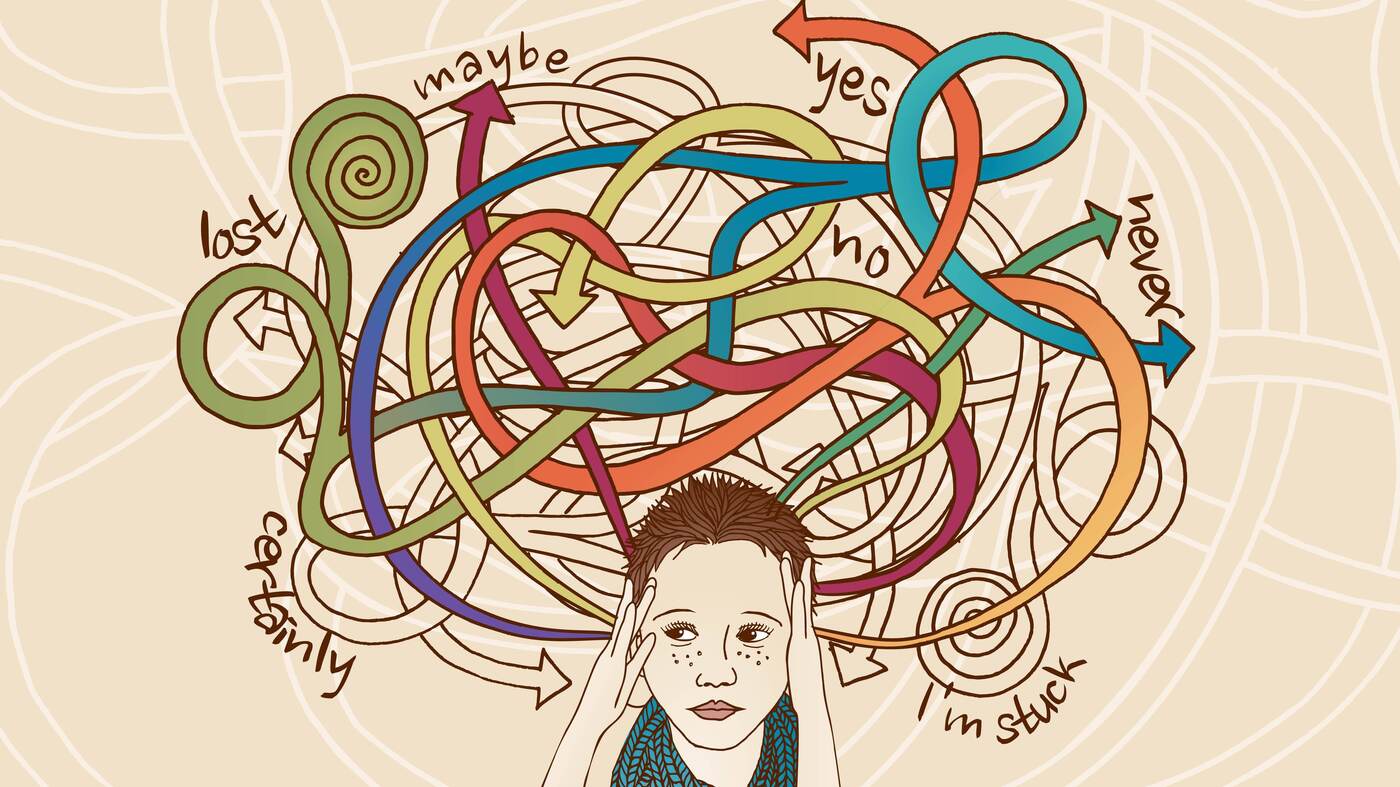 A person is bemused about the right turn to take in their career because they have been living two or more scripts about the same rate.  If you doubt this then how come some people get perplexed about choosing the right career? If we were destined by God to follow through a certain path, then there should be no such thing as confusion. Some people actually don’t know where to pitch their tents because they got more than one talent like Writing, Tailoring, Graphics design, etc. Why  didn’t God give just a talent each? Why do we have to try multiple times before we know where we fit in?

Sometimes we are confused because we are yet to decide which of the scripts to put in the forefront.

READ: There are Greater sins

But amid all scripts, God definitely has a favourite, little wonder when we pray for his direction he manifests himself, opening our eyes to what he wants.

I don’t know if you relate? It was awkward writing this. This is one of the many weird thoughts that go on in my head. Have you thought about this before? Share with me in the comment section. Addiction is not as Straightforward as you think I love this post because, as much as I believe every man has his destiny; I also am of the opinion that man is ultimately the master of his fate. Now about the multiple talents and purpose, I believe that like everything in life, even talents are connected. Example: an Asian who was great at Tennis but never got to become a professional, goes to study technology and is driven by the love for Tennis that was never fulfilled, creates a robotic arm. Then goes back, studies neurology to understand how the brain works in connection with the body and… Read more »

You have a special way of helping me find clarity.Thank you for this👏👏👏

My son, your school fees wasn’t a waste 😌😌

I like to think we are potters. Just as a potter can make a decision to shape his/her clay into a mug, a vase, a jar, a dish etc, we have the power to shape our destinies by the decisions we make. Sometimes we don’t even get to make the decisions ourselves, other people do. President Buhari can make a decision today that can adversely impact our lives and alter the course of our destinies. I had one of the finest results in JSCE in my school. I aced Maths, Inter. Science, etc when others struggled to get a pass… Read more »

I actually do believe in destiny but I feel as though it’s a half written script that is being handed to you and it’s left for you to conclude the rest of the story. The half written script in this context are things we didn’t choose and don’t have any other choice than to stick to it. Things like Family, Nationality, deformities ( for some people) etc. Then you make an interesting story line (your life) with what has been given to you. Cos this thing they call destiny isn’t a joking stuff and it can be so complicated. Cos… Read more »

I once made a facebook post stating that, Sometimes I feel like our stories were written before we were born. Some people get the chance to rewrite theirs while some don’t. But then after much thought, I came to the conclusion that in as much as our proclivities came with us already imprinted on our ‘energy’. WE still have the ability to rewrite OUR proclivities. Tailoring was never part of my plan, was hoping to be an artist and maybe later a movie director/producer. Somewhere along the line, in secondary fine art was no longer taught… So I just sketch… Read more »

Hmmm!’We can’t see past the choices we don’t understand’🤔… By the way you had to come task my brain yeah? I have never come across the word ‘proclivities’. Thank you. #newwordalert🤗

Hope I made sense though?

Yea, you may be right about the fact that God designated many scripts to each person. Cos perhaps he knows circumstances might change it or even we ourselves can change it with our own hands knowingly & unknowingly. Or even cos of the wicked world we live in, evil people might as well change people’s destinies. But in it all God uses another medium and open other doors to make that which he has promised us come to reality

You gave me a different angle to look at it.Thank you 🤗

Don’t play yourself. (In DJ Khalid’s voice) 😁 Well as a human God created you and gave you the power and might to do anything. If only we understood existence, among all thoes numerous takents you have got, you will still find out there are some you do best more than the others. Talent may be, superior IQ, beauty,being jack of all trade, being hot, being important, having the gift of gab etc. If God can know how many strands of hair you gat, and is not operating within our time, you think he makes mistakes, or made you confused… Read more »

If God knows all these, why did he make confusion our bane? Why didnt he allow us the privilege of walking a straight path through our purpose? The challenge is having to find our purpose.

I totally can relate. We share the same thought. I even believe that God has a second chance script, and even a third should in case you make an error in the first…That is why I always correct people who say ‘Que sera sera'(what will be will be). No! You have a huge part to play in how things turn out in your life. It’s all about choices which are exclusive to each individual.

Hmmmmm in other news, whatever will be will not be. We have to work for what we want to be in our lives.

This has been my view about life since.
I tell people that things that happen to them depends on their actions and inactions.
These play a great role. Nothing is predestined.

Hmmmm perhaps you are like me too who doesn’t believe in Karma huh?